Lens of the Spectator

Home Lens of the Spectator

As magicians, we operate in two realities: what we are doing and what the spectator’s are seeing. It’s so important to be able to fully understand and comprehend both scenarios to help become a better magician. There are so many performances that I’ve seen that I can tell the performer never really put themselves in the audience’s shoes. Let’s break apart one of my own effects to take a closer look. Here’s an effect from my first book, Confident Deceptions called Arcane Control.

As a beginner magician, you may watch this and just see a sandwich effect. That’s where the effect ends up. Chances are, as you’re watching the routine, you’re looking for things that lay people don’t even see. Listening to the patter is only a distraction for a magician trying to crack the method. At the end, the selection is found and the magician rates the effect based on his own feelings. “Did it fool me?” If it didn’t, chances are the next thoughts are along the lines of, “I could figure this out, so what can I do to help make it more deceptive?” If there’s no immediate solution, the trick just gets tossed away in hopes of finding a better trick that does fool them. “Hey, if it fools me, it’s gotta fool them!” We all go through this phase as we’re learning magic.

When I first put this routine together, I had already grown out of that kind of thinking. I knew that it would be amazing that I could find their card with such precision. What I didn’t expect was the insane reactions the trick got. It played 10 times better than I expected. People were just stunned that anyone could have that much control over a deck of cards while shuffling. I forgot to look at the big picture through their eyes. They select any card, so you can’t possibly know what it is. They shuffle the cards, so you can’t possibly know where the card is. And then, effortlessly, you count the cards as they fall off your thumbs to perfectly trap one playing card. It’s hard enough to trap just a single card this way, let alone a card that you couldn’t possibly know the identity or location of. A layperson just can’t comprehend that amount of skill and will feel a sense of astonishment similar to what they feel when seeing a magic trick, hence the strong reactions.

What I also forgot was the patter. Lay people listen to those words. They aren’t looking for method because that’s foreign technology to them. So all they can focus on is what they’re seeing and what you’re saying. So, when I tell them I’m going to do something… that’s what they focus on. In Arcane Control, I’m getting full credit for tracking their card and then shuffling the cards with God-like accuracy to trap the selection.

Here’s a technique to help see card tricks through the eyes of lay people. I use this method quite often when teaching a new effect at a lecture or one-on one with a student. It’s a way to remove the method from he equation, so the student just sees the effect. Here’s how I’d pitch Arcane Control so a magician can see it as a layperson:

Imagine the two of us are at a magic convention jamming in the lobby. I ask you to shuffle your deck and remove a single playing card and the red Aces. Since it’s your deck, you’re confident that I couldn’t know the card selected. I ask you to shuffle your card back into he deck. At this point, honestly, you’d already be fooled even though no magic has happened yet. (See how you’re in the same situation as a layperson at this point?)

I then ask you to split the deck in half and bury an Ace in each half. Honestly, what would you do if after one shuffle, I showed you the one card trapped between the red Aces was your freely selected card? You’d get up and yell profanities and then leave only to wander back a few minutes later to continue yelling obscene things. (I know this bit well because I’ve seen it from others and even occasionally experienced it myself.) If you can play out that scenario in your mind, you’ve successfully seen the effect through the eyes of your lay audience. Now you can rate effects more accurately and see that Arcane Control is a miracle, not just another a sandwich trick that “didn’t fool me!”

Get my newest book Game Changer right now for only $49.99 for the next 24 hours! “Jason Ladanye’s work always combines powerful techniques and methods, convincing structures and intriguing premises into what should be the goal of every professional card magician: strong magic. It’s a sure bet that his new book, Game Changer will be exactly that.” -Jason England 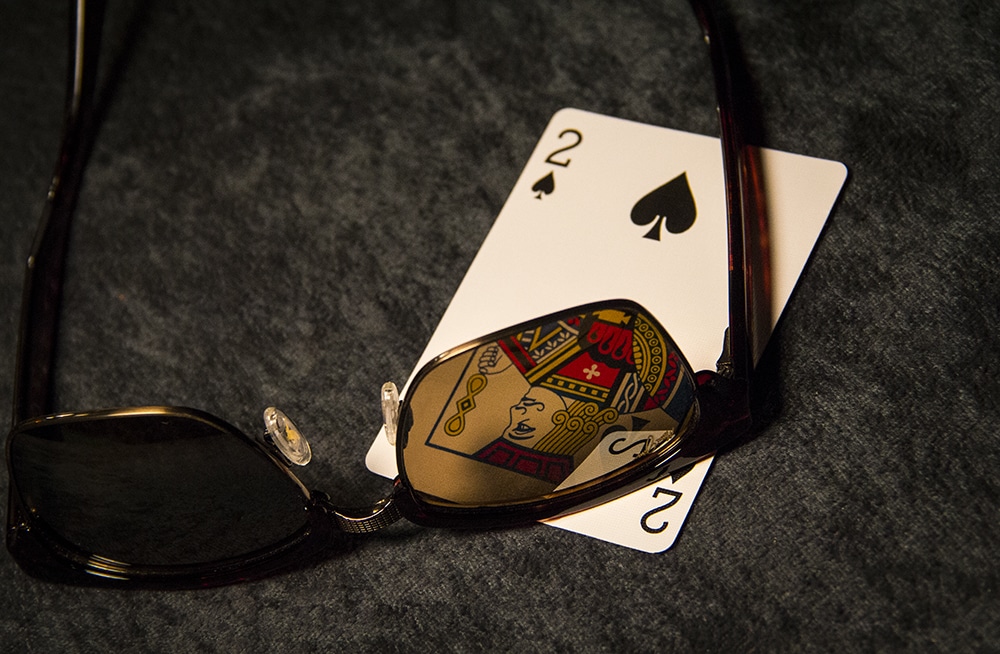