I’d like to share with you some thoughts about performing new material for the first time. I learned over the years that I could be quick to judge a new routine after its first live performance. If it didn’t get the reactions I thought it would, I would throw the effect away and move on. However, it could actually be great material and I just didn’t know it yet. Let’s talk about why.

First of all, anything that’s new to you won’t have any confidence. You can practice it for weeks at home in front of a mirror, but performing it in front of people it will never be the same. At home you’re just reciting a script and following a sequence of sleights alone in a room. There’s no feedback. There’s nothing coming back to you at all. It’s a one-way street. You go line to line and move to move and then sit back and think, “That’s a miracle!” You are deep in your comfort zone and no one judged you. (Except your cat. Your cat is always judging you.)

Now let’s look at how an effect plays the first time you try it in front of an audience. You don’t know how the effect will play so you’re already a bit unsure. You’re mind is not focused on the effect or the script or your movements. Your mind is focused on hoping the effect will play well. Oftentimes performers bail right here. They think, “Well, I want the show to be good. I’ll stick to my A+ material.”

If you do pull the trigger and do the new material, you’ll notice that as you’re performing, you’re checking to see if the audience is receiving the info, or following and understanding the script. You’re looking to see if the sleights are getting past them. You’re watching for reactions and feedback. This is something you didn’t do in rehearsals. You’re so focused on that, and you may find yourself veering off the original patter and sequences. You’ll find yourself riffing and jazzing your way through the trick in no time.

Now you can feel judgment. You’ll feel this not only from your audience, but also from yourself. You may be thinking, “Ugh, I could have done that better.” Again, this is something you didn’t feel in rehearsal. You’re completely out of your comfort zone and the audience can feel that. So, since you didn’t perform the effect 100% as planned, you shouldn’t judge it yet. You need several performances to begin to fine tune everything. You may need to work on angles or add a joke to speed up a boring part or remove a joke because it interfered with an important part. Did the audience completely understand what you were doing and why?

The point is that it’s very unlikely that one the first time out that everything went perfectly. In my experience, I need about five to ten performances to really work out all the kinks and have the effect play like I want. Then, you can sit back and say, “That’s a miracle.” Or, “What am I doing with my life?”

Check out one of my latest videos below. And, three-way mirrors are 30% off! Sale ends this Friday and there are only a few left before they’re out of stock again. 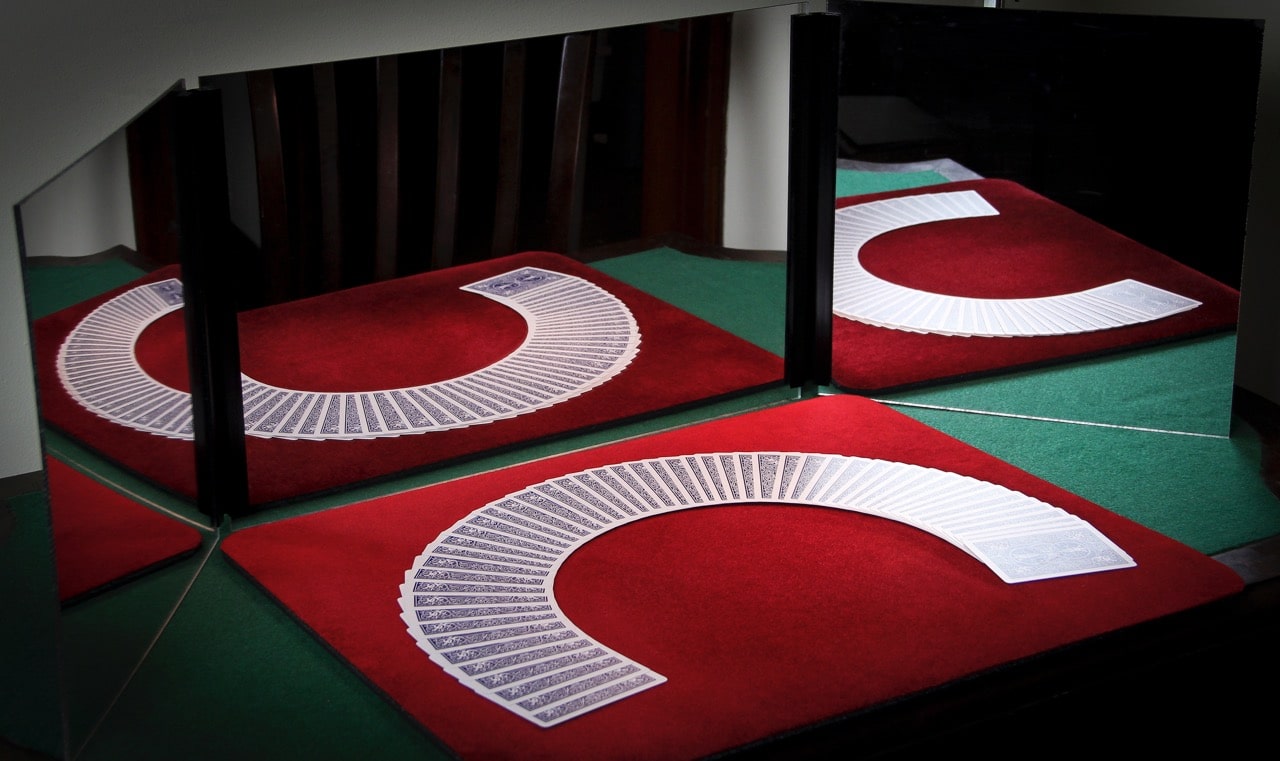